Importance of light direction in the composition of pencil sketch

Apart from the subject, medium, and skill of the artist, many other factors are there that go into the creation of successful pencil sketch, one of them is the light direction while sketching.

How light reflects off of objects determines how we perceive them. Therefore, it becomes important for the artists to capture the light in a way that creates the exact illusion of what is observed in the drawing.

How to Create the Illusion of Light in a pencil sketch?

This solely rests on the positioning of values within a drawing, as it informs the viewer of the source of light within the scene. 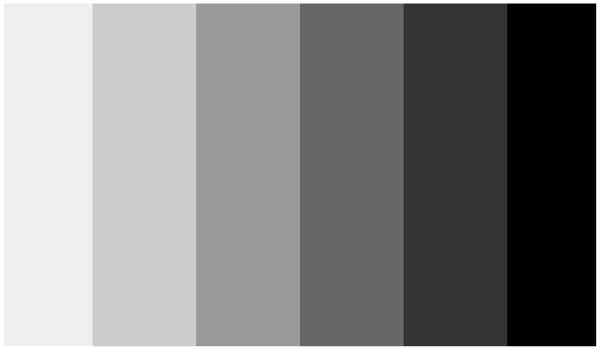 Value is one of the seven elements of pencil art and is critically important to the success of the image. Value is the degree of darkness or lightness of a colour in a pencil sketch. It is measured through a Grayscale which pretty much looks like a fairness cream shade card, but with different shades of grey between white and black.

Professional artists create a 3D illusion of the object by using values to translate the light and shadows they see into pencil shading. Even a simple circle can be transformed into the planet Earth by adding some shades.

How Light Manifests on Objects

Before you begin a pencil sketch and working with the values, get acquainted with the following terms: 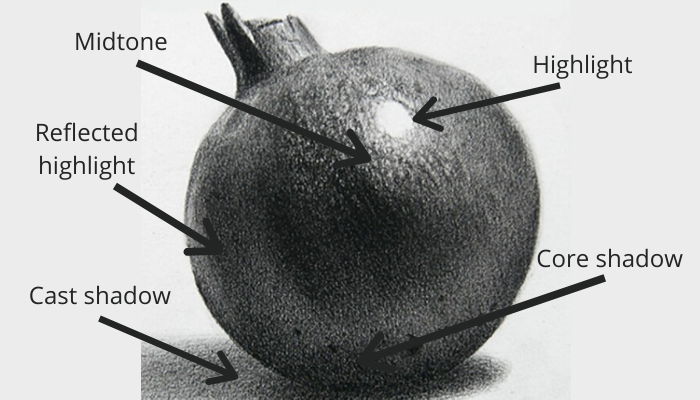 Areas on the object where the light is directly hitting are called highlights which are usually indicated using the tints of a colour. These help to understand the source of the light in the picture and its direction.

Midtones are those areas having actual hue or colour of the object. They are of middle value on the drawn object.

Core shadow is the area where the light is least hitting, and usually, they exist opposite from the light source on the surface of the object.

A reflected highlight is a light that is reflected on the object from its surrounding objects.

Cast shadows are areas on the neighbouring surface where light is kept from coming by the solid object.

The Light Source of an object

The light source is the direction from which the light originates. Usually, there are more than one light sources in a picture whose locations, strengths, and colours affect the values of the drawing. It should be consistent so that the highlights and core shadows of the objects could be made consistent in a drawing.

Just like other skills, creating the illusion of a light source in a pencil sketch is an important skill to develop for an artist. Pencil Perceptions provides online drawing classes to the artists so that they can develop similar skills and practice them in their drawings to become a pro.

How does learning realistic pencil drawing impacts your painting skills